Pictures of Other People 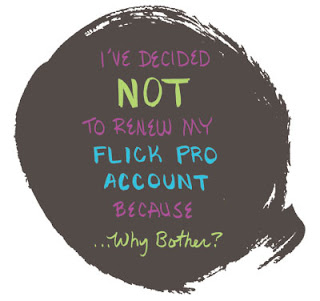 I won't be posting images to Flickr anymore because no one seems to use it. I get more traffic on my LiveJournal thank I do on Flickr (and yes, I know I'm the last person left on LJ. Going down with the ship). Because I've stopped giving them money, Flickr is only showing my most recent 200 images, so a lot of old stuff like Sir Christopher or 100+ watercolors are no long available. I'll work on adding them to my regular website some day.

SPEAKING OF WATERCOLORS- sometimes people pay me to paint stuff. I'm usually not together enough to scan a copy before getting it in the mail, BUT, sometimes they're happy enough with the work to send photos- 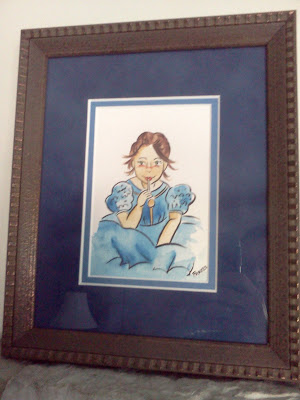 Brad Weber sent me this photo of the watercolor I did of his adorable Kidzilla, now framed. Children are the most popular requests, like this young Robin I did around this time last year. 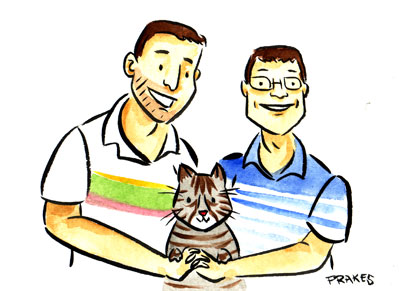 But sometimes I get to do a family portrait, which is always fun. Although, I don't think I'm much good at animals. If you're looking for a Pet Portrait artist, I can recommend some much better options. 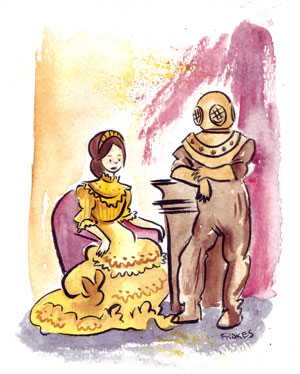 And sometimes the requests are a little out there. But seriously, I will draw you just about anything.
Posted by Colleen at 2:14 PM No comments: Links to this post

It took a lot of pumpkin lattes to get me through SPX. When I told someone about this, their first question was why didn't I review some independent coffee shops, too. The answer is because they don't serve pumpkin lattes, and would sneer SO HARD if I even asked for one. SO HARD.
Posted by Colleen at 12:36 PM No comments: Links to this post 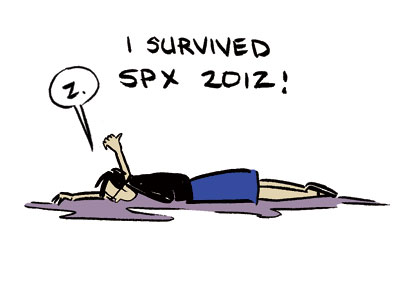 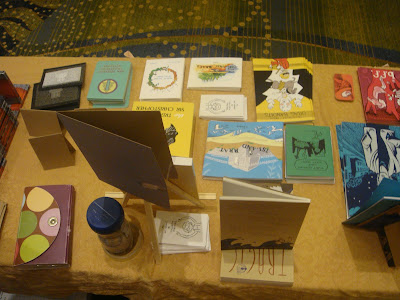 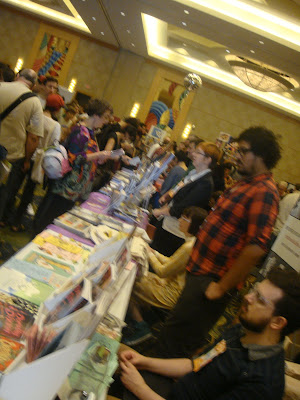 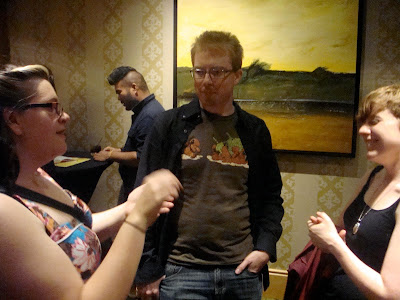 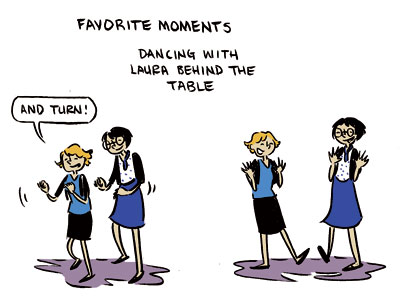 Posted by Colleen at 4:26 PM No comments: Links to this post

Frakes on a Plane!

Sorry for the subject heading but...it's my only joke. 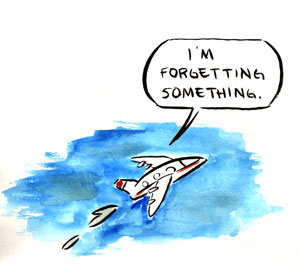 Hey! I'm flying to Maryland in less than 24 hours for the Small Press Expo! Which means I have to get on a plane...which means I should probably pack...crap.

For those who've missed the memo, I'll be at table J3 with Jon Chad and Laura Terry, and I'll have a new mini called "Here at The End of all Things" that was written by Sean T. Collins. Stuff will happen!

Expect this will happen a lot: 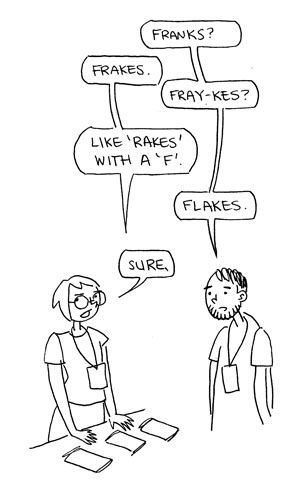 Hope to see you there! Bring money!
Posted by Colleen at 1:49 PM No comments: Links to this post

Cartoonist at the Theater

What is it people usually put at the top of these kind of posts- Trigger warning? NSFW? Spoiler alert?

Anyway, I went to see an all-woman production of Titus Andronicus last night by the Upstart Crow Collective (I do love a good tragedy)! And it's a very violent, bloody play where a lot of awful things happen, so I did some bloody and awful in-the-dark sketches during the show, then went came home and added a bit of color. 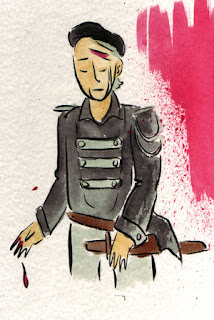 I've only seen one other production of Titus, and that was at the Oregon Shakespeare Festival...ten years ago? I went as part of a college class, and most of my fellow students decided to skip the show because it was "Shakespeare's worst play".  Unfortunate for them it was the best production we saw that week. Yes, the play is over-the-top, full of really graphic violence and just plain weird at times, but that's what good entertainment is all about! 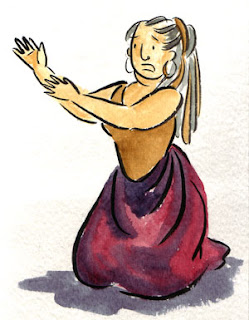 It's also a play that is...not very nice to women. I mean, pretty much EVERYONE dies, but the ladies get some especially nasty treatment, which made it interesting to see it performed by an all-woman cast. But, I forgot about the gender of the actors pretty quickly- they were all amazing performers who were completely suited for their roles. Talking with friends after the show, we all agreed that Nike Imoru as Aaron was our favorite, and I don't think I did a very good job capturing just how strong and tense her movements were. 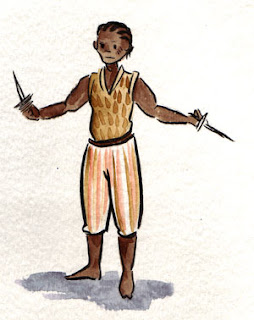 The rape of Lavinia scene was...really graphic. And uncomfortable.

I remember the last production I saw using a lot of red scarves instead of blood, the rest of the sets and costumes were grayish so the color was shocking, but still pretty. This production wasn't pretty- and it shouldn't be. What happens to the character is disgusting and violent and should be presented in that way. In that sense, they did a good job. 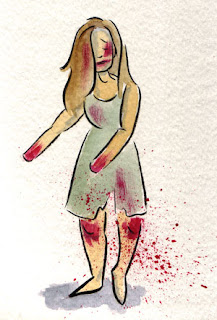 Highly recommend the show, go see it! ...if you can stomach it (cannibalism reference)

Other "Comics at the Theater" posts:
Wizard of Oz pt1 and pt2
Eurydice
Evita
Posted by Colleen at 4:43 PM 6 comments: Links to this post